What’s worse is this is an entirely preventable fate. The time is now to fulfill countless political promises to finally end lead paint poisoning in PA.

The federal government banned lead in paint for use in our homes 40+ years ago, so we think the problem is solved, but tragically it is not.

PA is an old state with 70% of houses built more than 40 years ago, so our windows and walls and railings and baseboards were coated with lead-based paint, and when it chips and flakes and dusts, it can irreversibly injure our children.

Lead poisoning can rob children of their intellect causing brain damage and behavioral and learning problems – problems that follow babies into school and through young adulthood - that can lead to doing poorly in school and increased risk for dropping out of school and involvement in criminal activity.

The majority of the children who are harmed in PA are White. Children of color are disproportionately impacted, however, because they are more likely to live in older properties with deteriorated lead-based paint. Black children are harmed 4 times more and Hispanic children 2 times more than White children. 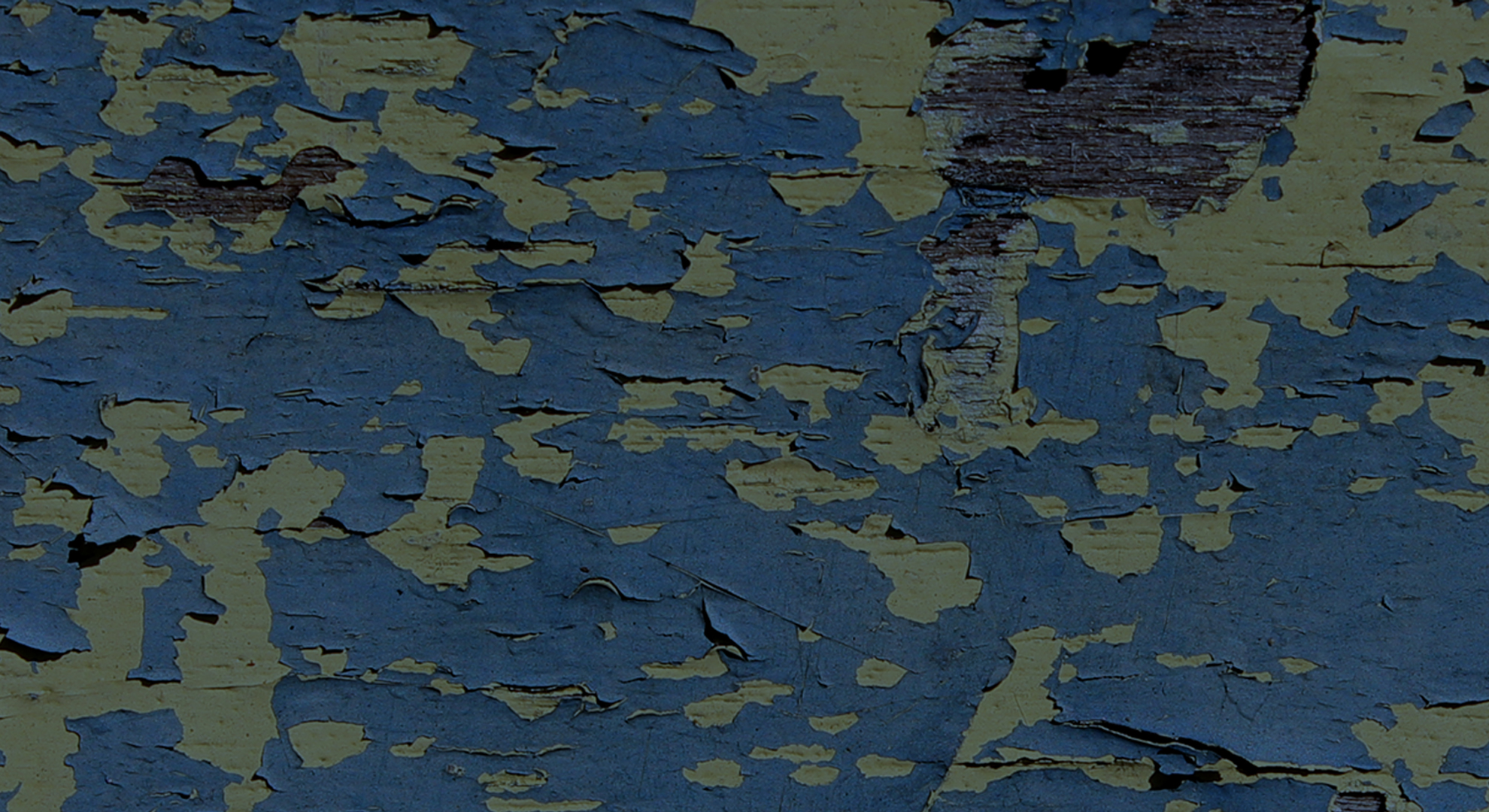 Your organization’s unique voice adds momentum to this movement. As a supportive member, you will be encouraged to participate in project meetings, to support the project’s outreach efforts and you will be invited to special forums. You will also receive updates on progress and opportunities to stay involved. By joining, your organization agrees to be listed as an endorser of the project’s goals, to mention the project in your appropriate communications and provide feedback to the project as needed. To participate or learn more, contact Colleen McCauley, Co-Chair, Lead-Free Promise Project,  colleenm@pccy.org or 215-298-2027.

Get lead out of homes.

Guarantee all children get tested twice for lead at ages one and two.

Ensure all poisoned children are referred to Early Intervention services. 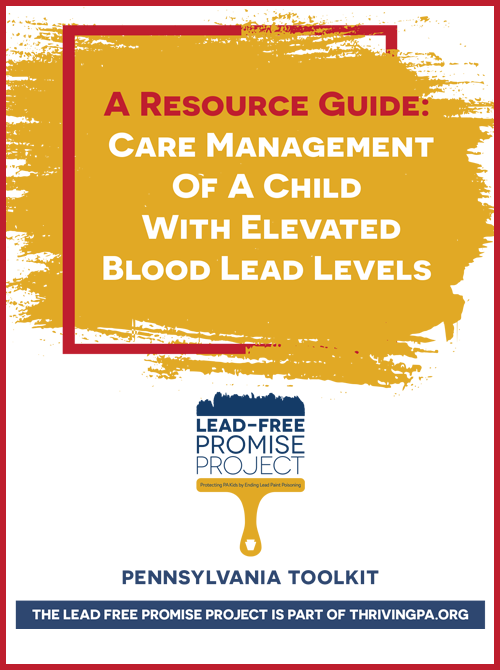 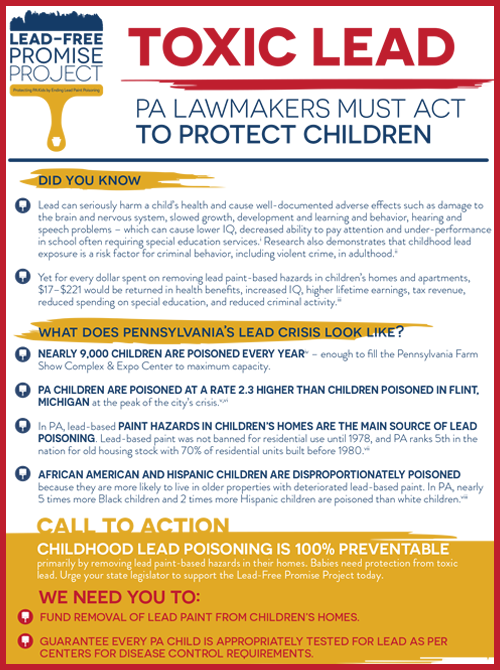 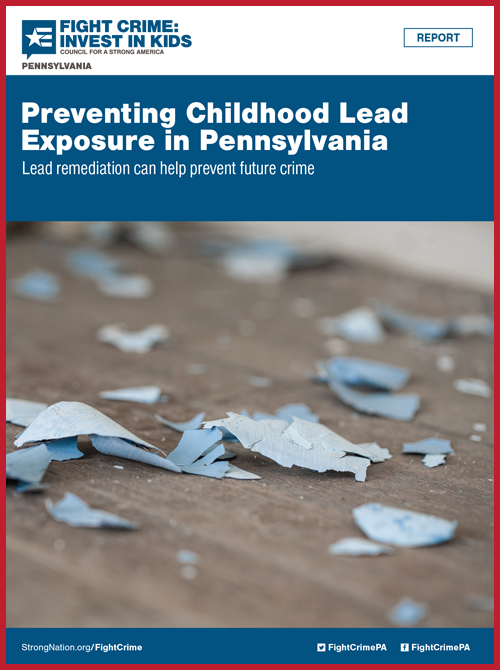 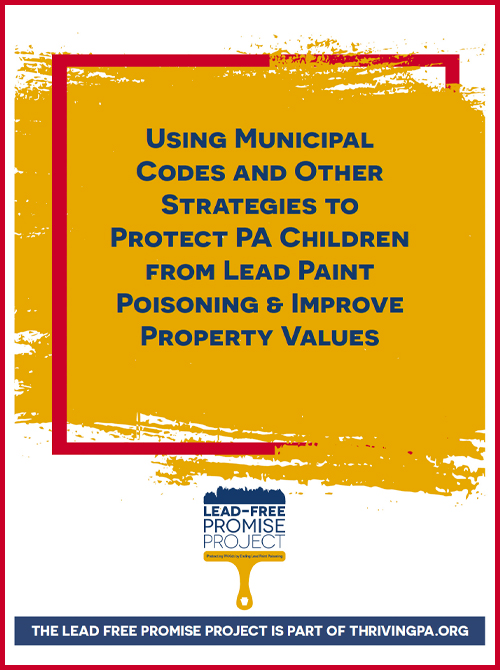 The Lead-Free Promise Project, a statewide coalition of more than 60 organizations across the state, and the Borough of East Lansdowne hosted a press conference today announcing a new lead certification ordinance in a continued effort to end lead paint poisoning in Pennsylvania. READ MORE

The Pennsylvania General Assembly passed Senate Bill 522, the “Childhood Blood Lead Test Act,” on October 26, 2022. The bill passed the Senate after it concurred with amendments, previously adopted by the full House of Representatives, which weakened the bill intended to ensure the health, safety, and welfare of children who are exposed to poisonous lead. The legislation now moves to Governor Wolf’s desk for his signature. READ MORE

The Lead-Free Promise Project, a coalition of nearly 60 organizations across the state all dedicated to ending lead paint poisoning in Pennsylvania, endorsed Senate Bill 522 — ‘Childhood Blood Lead Test Act’ — about the need to prioritize lead screening and remediation at a Capitol Rotunda press conference on Tuesday, September 20, 2022. READ MORE

The Lead-Free Promise Project, a coalition of more than 53 organizations across the state, launched the #PALeadFreeHouse Legislative Promise Initiative at a Capitol Rotunda press conference on Wednesday, May 25th. READ MORE

The Pennsylvania Department of Health (DOH) recently released two new lead poisoning reports for the state of Pennsylvania: the Birth Cohort Report and the Childhood Lead Surveillance Report. The findings include data and statistics from 2017 to 2020.  READ MORE

The Lead Free Promise Project (LFPP) released the state’s first Lead Poisoning Parent Resource Toolkit, a county-by-county interactive guide to care for a child who has been poisoned by lead based paint. READ MORE

On January 1, 2022, the Pennsylvania Department of Health adopted the new CDC blood lead reference value of 3.5 mcg/dL down from 5mcg/dL following the CDC’s decision upon recommendation from the Lead Exposure and Prevention Advisory Committee (LEPAC). READ MORE

The Lead Free Promise Project (LFPP) launched a nonpartisan coalition advocacy campaign to end lead paint poisoning across Pennsylvania. Pennsylvania Acting Secretary of the Department of Humans Services Meg Snead and State Representative Jim Struzzi joined the 38 organizations leading the effort to combat lead paint poisoning to announce its goals to create a state fund for low-income homeowners and landlords to remove lead paint-based hazards in properties, and by the passage of legislation requiring all children under two-years-old to be screened for lead poisoning.